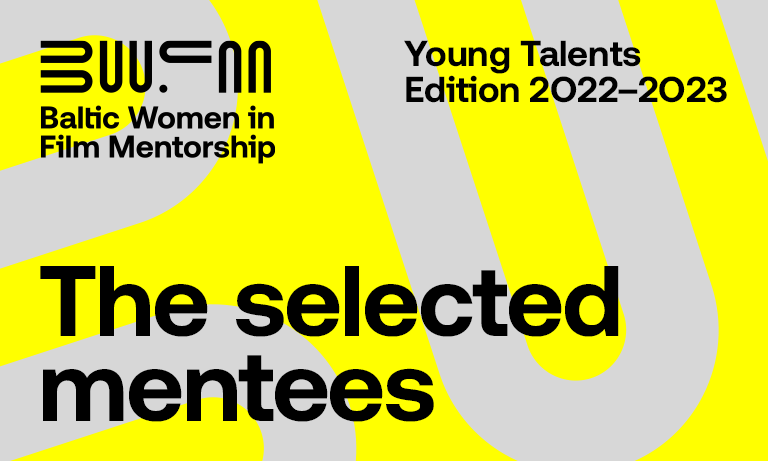 This week is the official beginning of the second season of “Baltic Women in Film Mentorship Young Talents Edition 2022-2023” as 13 mentees have been chosen.

Over the course of 7 months (October 2022 – April 2023) the participants will be involved in coaching sessions with their mentors, self-education webinars on mental health, mentorship, leadership, negotiations and self-promotion and similar themes. They will also get the opportunity to network at industry events at film festivals in Estonia, Latvia and Lithuania.

Congratulations to the selected participants!