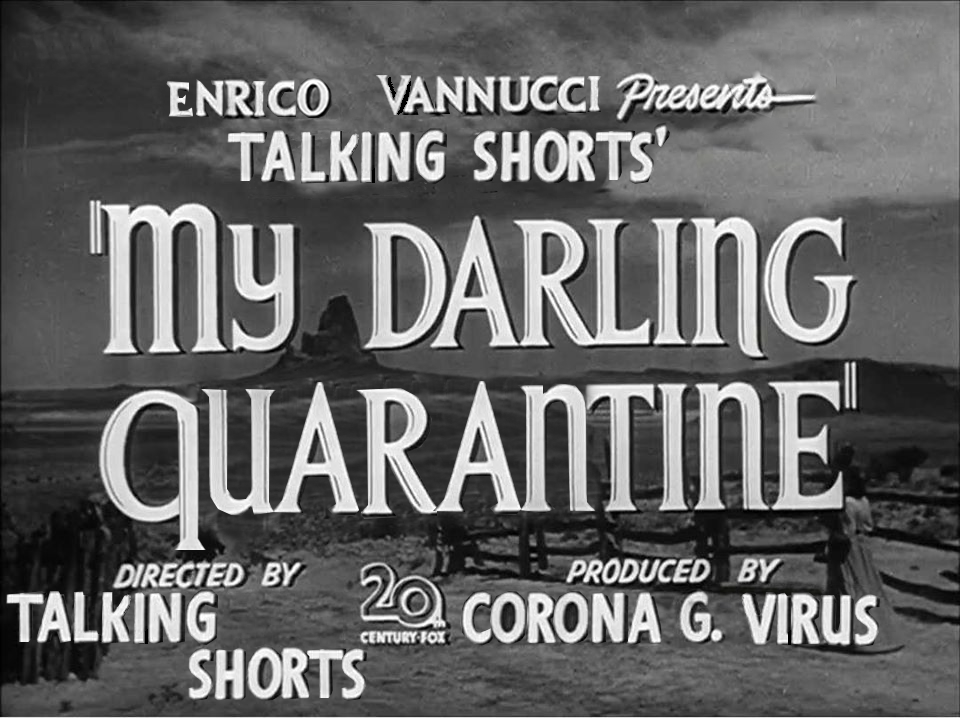 Programmers from the likes of Cannes, Berlin, Venice, Locarno, Black Nights and many others band together for MY DARLING QUARANTINE, an online short film festival designed to raise money in light of Coronavirus.

In light of the current COVID-19 situation that is unfolding across the world, the film industry has seen many events postponed and cancelled. This includes many major short film festivals, amongst them Go Short – International Short Film Festival Nijmegen, the Glasgow Short Film Festival, Short Waves Festival in Poland and Canada’s Festival Regard, as well as such events as CPH:DOX in Copenhagen, SXSW in Texas, Tribeca in New York and Vision du Reel in Nyon.

In response to these events a new online short film festival entitled MY DARLING QUARANTINE began on Monday 16th March. Hosted on the platform Talking Shorts (https://talkingshorts.com/), it will help raise money for those fighting against COVID-19 and those people and events that have been affected by the situation.

The festival was initiated by Enrico Vannucci, short film advisor for the Venice International Film Festival and programmer for Torino Short Film Market, who is currently living under quarantine conditions in Italy.

“Watching all of this situation unfold while sitting in my forced confinement at home, I came up with the idea to create an online short film festival about what is happening now, in order to fundraise money to help the healthcare system stakeholders dealing with the current problem.”

“My Darling Quarantine Short Film Festival is an attempt to keep doing what we in the short film world like to do – selecting and presenting great short films to our audiences – while trying to raise money for several associations that already, or soon will be, in need of more money to operate and save more people’s lives. We also want to raise money to help any cultural organisations who have been affected by the situation.”

My Darling Quarantine Short Film Festival (MDQSFF) has enlisted the help of short film practitioners from around the globe to suggest films with a Dystopian theme with programmers from the likes of Cannes, Berlin, Locarno all giving suggestions. Programmers from events affected, such as Short Waves in Poland, have also lent their expertise.

Every week, from Monday to Sunday, the festival will present a programme of seven short films with the audience asked to vote for their favourite short of that week. Viewers will also be encouraged to donate via the GoFundMe page set up by MDQSFF: here.

Films to be shown during the first week of the festival include ‘Postcards From The End Of The World’ (Dir. Konstantinos Antonopoulos, Greece, 2019), a film which sees a Greek family having to find a way out of a secluded island in the Mediterranean when confronted with the unexpected end of the world. The film has already had a healthy festival run, screening at the likes of Sarajevo, Tampere and Winterthur where it won the Audience Award in 2019, and the MDQSFF screening will represent the first time online audiences get to see the film.

50% of the money donated by the festival viewers will go to Médecins Sans Frontières, the public health relief organisation operating globally. The other 50% will be donated to a cause that will help cultural institutions and cultural workers who have been affected and may face both organisational and financial hardships in the coming months and years.

“We’ve been overwhelmed by the response of programmers and all the filmmakers who have been gracious in giving their permission to show the film. We know that many cancelled events have moved their programmes online. We wanted to do something a little different  – hence the dystopian theme of the shorts – and complement all the other work that is being done by so many other festivals and organisations while raising some money for good causes.”

“Postponing my festival has been one of the hardest decisions I’ve ever made and it will have financial and structural consequences for Short Waves. It is truly heartbreaking to see events being cancelled or postponed and, with MDQSFF, we wanted to show how the short film world can pull together in times of crisis as well as provide entertainment for people across the world who are stuck at home.

Hopefully, with the benefit of hindsight, this crisis will also have a positive impact on the film industry as it strives to be a more equitable and sustainable sector.”

My Darling Quarantine Short Film Festival  began 16th March at Talking Shorts and will last until the current situation ends. Each week you can find new festival films here.

Myths about the short film industry: value is there, if not exactly riches

Panel discussion at Marché du Film Online – Myths About Short Film Industry: Is There Any Money?