Where does love go when lovers break apart? Or when they stay together? How do you find the spirit to fall in love again? Is it permissible-possible and is it possible-legal to love several people at the same time? What becomes of our love after death, is it really that important or simply inevitable?
This is about the laws of love, which are as simple as one, two, three, when we are still in love, but incomprehensible and unexplainable once love retreats. About the logic of the heart, which has nothing in common with common logic, just like non-Euclidean geometry disproves and surpasses the Euclidean one. 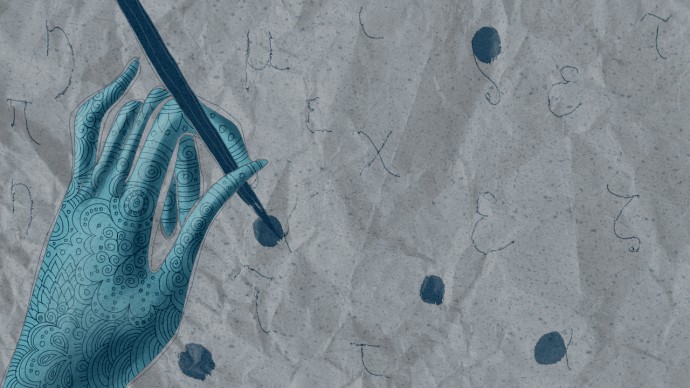 Skirmanta Jakaitė (b. 1969) is a director and animator with a BA in Animation from Vilnius Academy of Art. She makes her films using the techniques of 2D drawn animation. Skirmanta’s graduation film “We May Meet, We May Not” was screened at many acclaimed international film festivals including Ottawa, Hiroshima, Clermont-Ferrand, Stuttgart, Melbourne, and others. Her film “Non-Euclidean Geometry” (co-directed with Solveiga Masteikaitė) was awarded the Ecumenical Jury Prize at the 60th Short Film Festival Oberhausen, and has received a Special International Jury Prize at the Hiroshima International Animation Festival as well as The Lithuanian Film Academy award for The Best Lithuanian Animation Film of 2014.

Solveiga Masteikaitė (born in 1969 in Lithuania) is a copywriter and screenwriter.