Tortured by a premonition, Danute is preparing for the worst. Knowing when she will die to the exact hour, Danute organises the last supper to give her family a chance to bid their farewell. However, as soon as her son Viktoras arrives with his pregnant wife, strange things are afoot turning the dinner into a catastrophe. After the disastrous evening the apartment becomes empty and life after death ensues. Was it worth listening to her gut feeling? 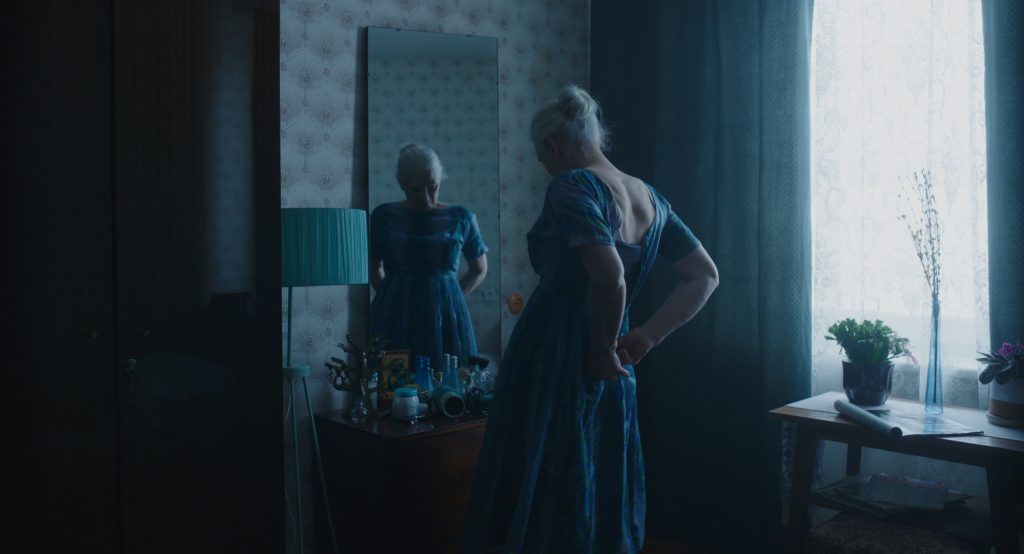 Paulius Stankevičius was born on April 6, 1995. Graduated from Anykščiai Jonas Biliūnas  gymnasium. He has attended various dance groups since he was a child, and later started dancing professionally. In 2014, he entered Vilnius College, a dance pedagogy program, and a year later he transferred to the Lithuanian Academy of Music and Theater, to contemporary dance. A year later, he retired from a 13-year career as a dancer and also entered the Lithuanian Academy of Music and Theater, but this time in a video directing program. In his first year of study, he made the documentary “Journey Together” (2017), which was screened at the Edox Festival.  A year later, together with the cinematographer Lina Margaitytė, he made a short film “So… bye” (2018), which won awards at international festivals. Third year – third film, in 2019 Paulius Stankevičius together with the cinematographer Lina Margaitytė made his third film “Afterlife” (2019).  In the winter of 2020, he filmed his final film as a student called “Sliding” (2020). He is currently working as a director at “Bored panda studios”.