This film centers on a man who is unwittingly confronting his own brutality and seeks to analyze a primordial capacity for human cruelty. Set in the nineteen seventies, the opening scenes introduce an Interrogator stalking citizens deemed suspicious: artists, accused killers, and those with suspected political motivation. Analyzing the smallest details of their lives, he tries to identify with his suspects and understand their thoughts, actions and personalities. This film is a glimpse inside his brutal routine. He begins with a rehearsal like procedure. His office is his backstage and the interrogated one is his audience. The theme is murder. Action- The accused (A. Gluosnis), is directly involved in historical events of his own play. As he thoroughly and methodically prepares questions, he begins to answer these questions unwittingly. We see the Interrogators personality splinter into more characters. He loses himself in a final interrogation and becomes the target of his own malice. No actual interrogation is shown, but a preparation for it, no manhunt, but how a stalker becomes the hunter and then the hunted. We are witness to his inner conflict. The Interrogator becomes a mirror reflection of those he had convicted: their lives, their feelings. Those he condemned live on in his mind, body and soul. Little by little they push and break him. His own suicide is the final act of this vicious dramatisation. 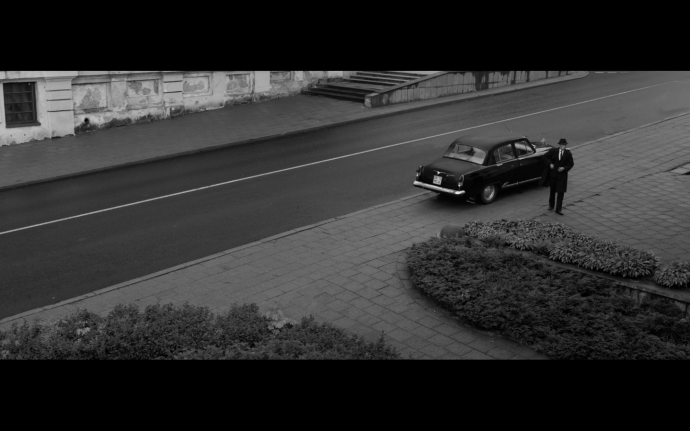 Jurgis Matulevičius is a director, screenwriter and editor form Vilnius, Lithuania. He graduated from the Lithuanian Music and Theatre Academy with a degree in Film Directing. He recently made 4 short films that were seen and well evaluated by critics, festivals and audiences in Lithuania and abroad. His debut feature film ‘Isaac’ had world premiere at Tallinn Black Nights Film Festival 2019.