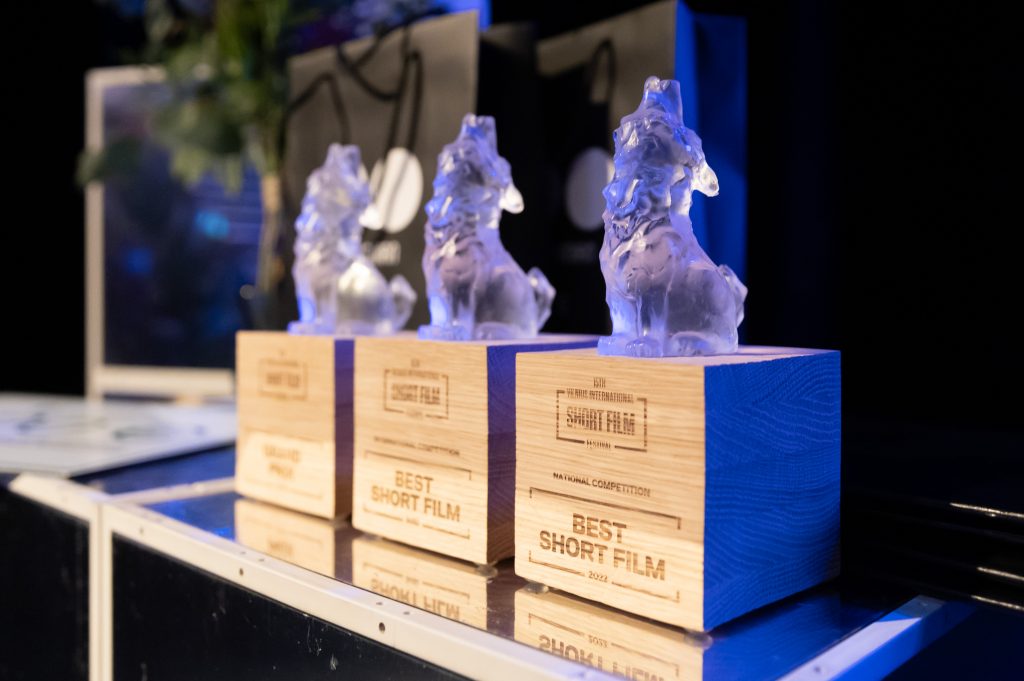 An international jury announced the best films of the 15th edition of Vilnius International Short Film Festival (VISFF) during the closing ceremony on Sunday night. This year’s competitions featured 39 entries from Lithuania and the entire world. Following the announcement, the festival is to continue until January 18, complemented by a special programme Festival Winners 2022, to be screened at cinemas Skalvija and Pasaka in Vilnius.

The Grand Prix went to My Uncle Tudor (Belgium, Hungary, Portugal, Moldova), a short documentary by Olga Lucovnicova. It is the story of the filmmaker breaking a 20-year silence and travelling back to the house of her great-grandparents, where she passed through harmful events that left a deep imprint on her memory forever. “This film takes us on a slow journey that doesn’t immediately reveal its destination. The director impresses us and surprises us with her brave and honest way of confronting her demons. Building visual metaphors, she uses the power of cinema to convey what words alone can’t always express,” said the jury, presenting the festival’s top award. 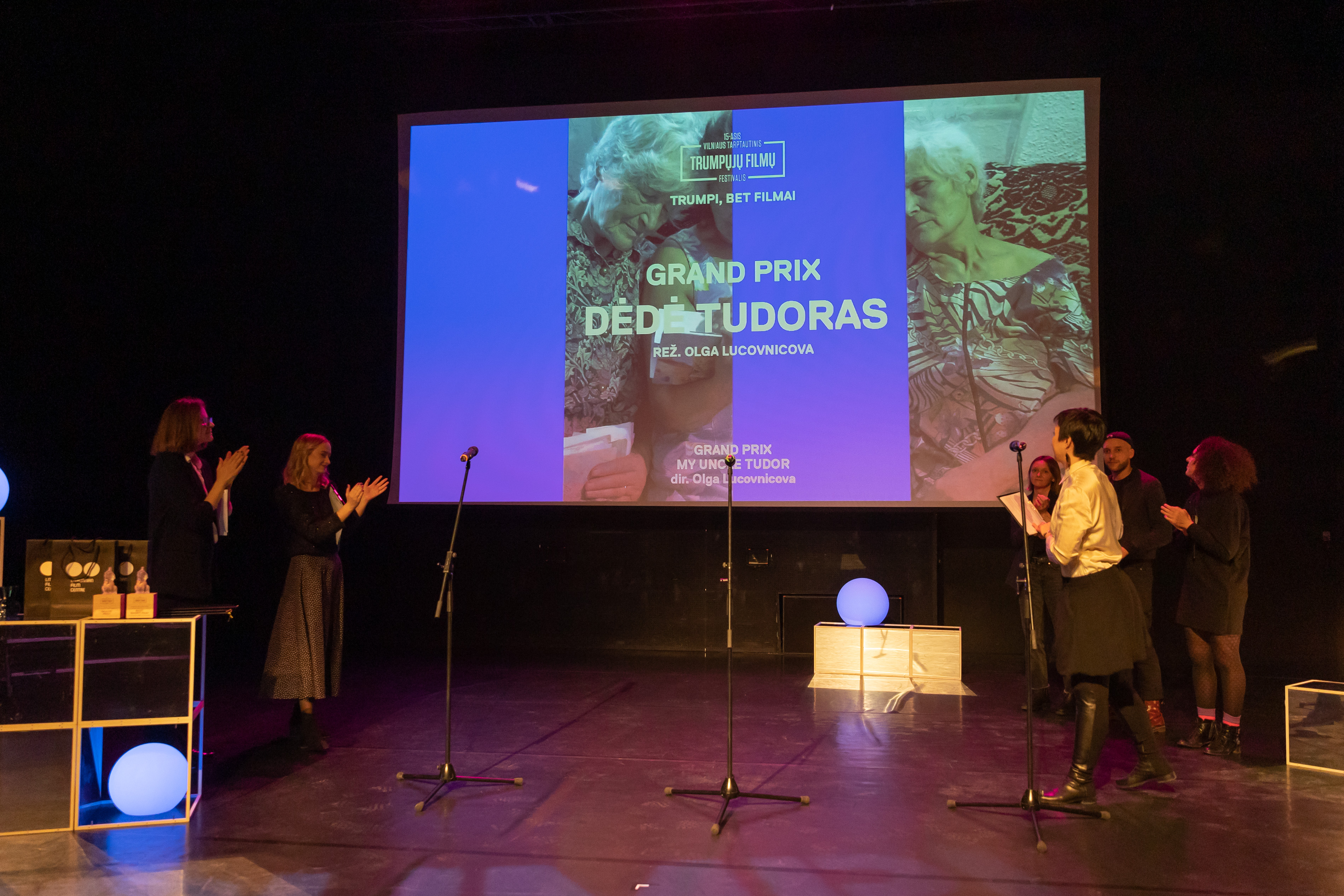 Sebastian Mulder’s short documentary Naya (Netherlands) was named the Best International Short Film. It follows a she-wolf Naya on her journey from her birthplace in Germany through the Netherlands to Belgium as she becomes more and more famous and visible – until it endangers not just her wildness, but her existence. “This quietly fascinating film uses existing footage in a very cinematic way, embarking us on a journey that goes from fairytale to horror film. Along the way, it questions humans’ ambiguous relationship to nature, surveillance societies, and sensationalist media,” said the jury. 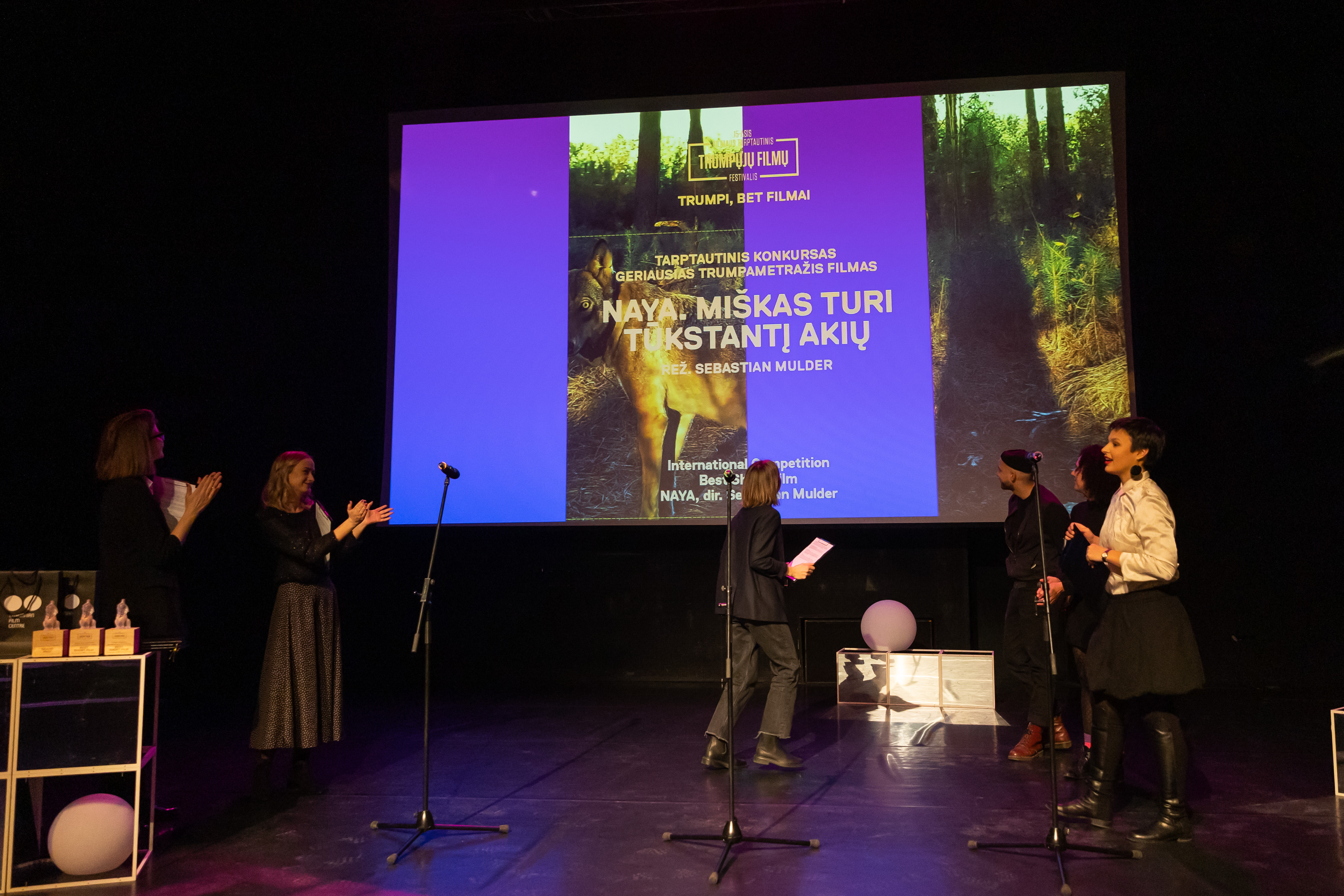 Urtė Sabulytė’s film Interrogation (Lithuania) was named the Best National Short Film. It takes us to the year 2000. Aleksandra, a young prosecutor, is handling a human trafficking case. A day goes by at the police station, during which she has to conduct two interrogation sessions. “With its powerful cinematography, the film closely follows a character in a complex situation, that intertwines personal and social issues. The director demonstrates a strong real vision and we look forward to seeing more from her in the future,” said members of the jury. 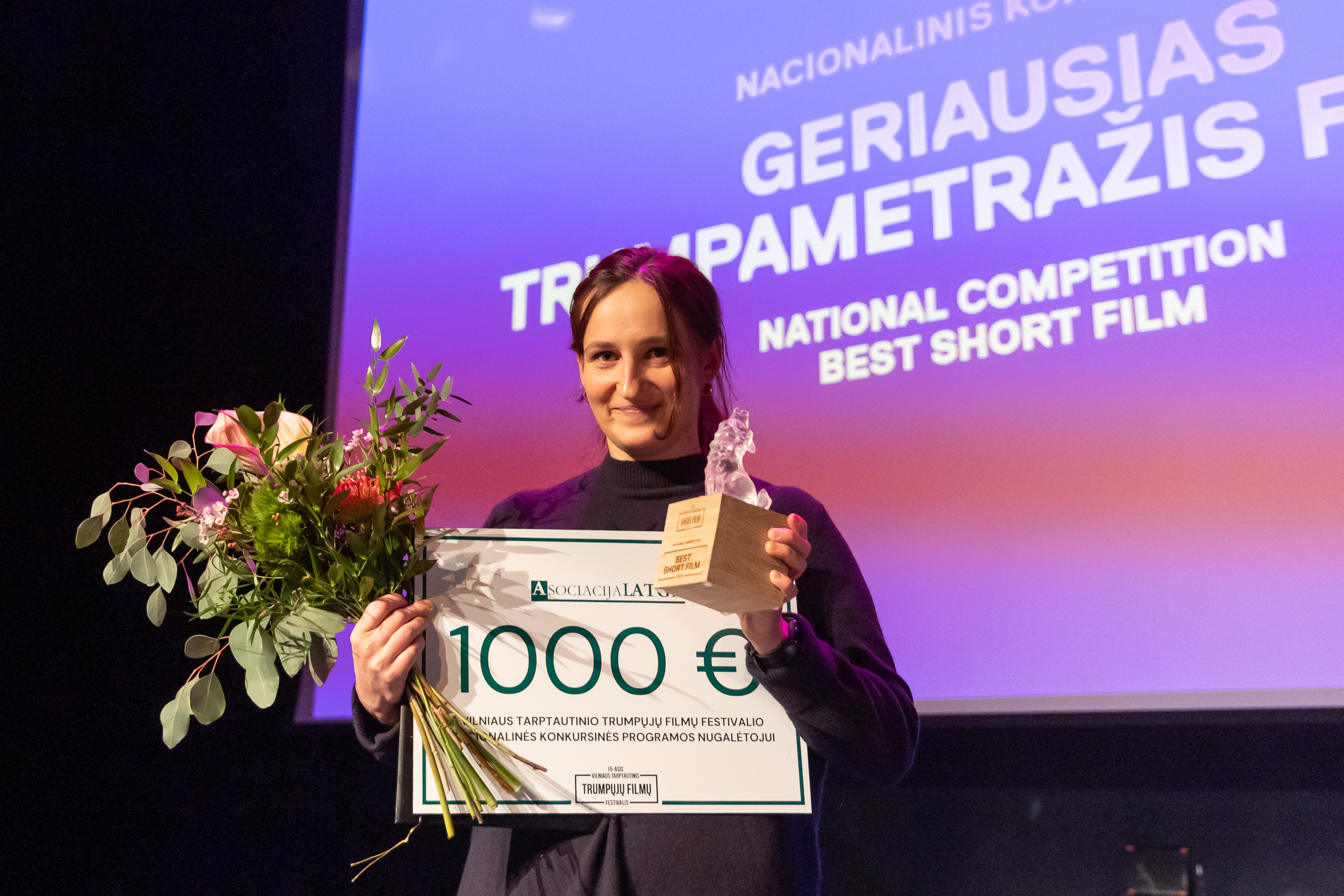 This year’s Special Mention went to Lou’s Neighbour (France) by Victoria Lafaurie and Hector Albouker, a story of 17-year-old Vladimir who is secretly in love with his neighbour Lou. When she decides to leave her home to move in with her ten years older boyfriend, Vladimir tries to put his jealousy aside to help her.

“With its rich storytelling and great attention to detail, the film adds many subtle layers to its simple premise. The two lead actors deliver great performances, full of charm and energy,” said the jury. 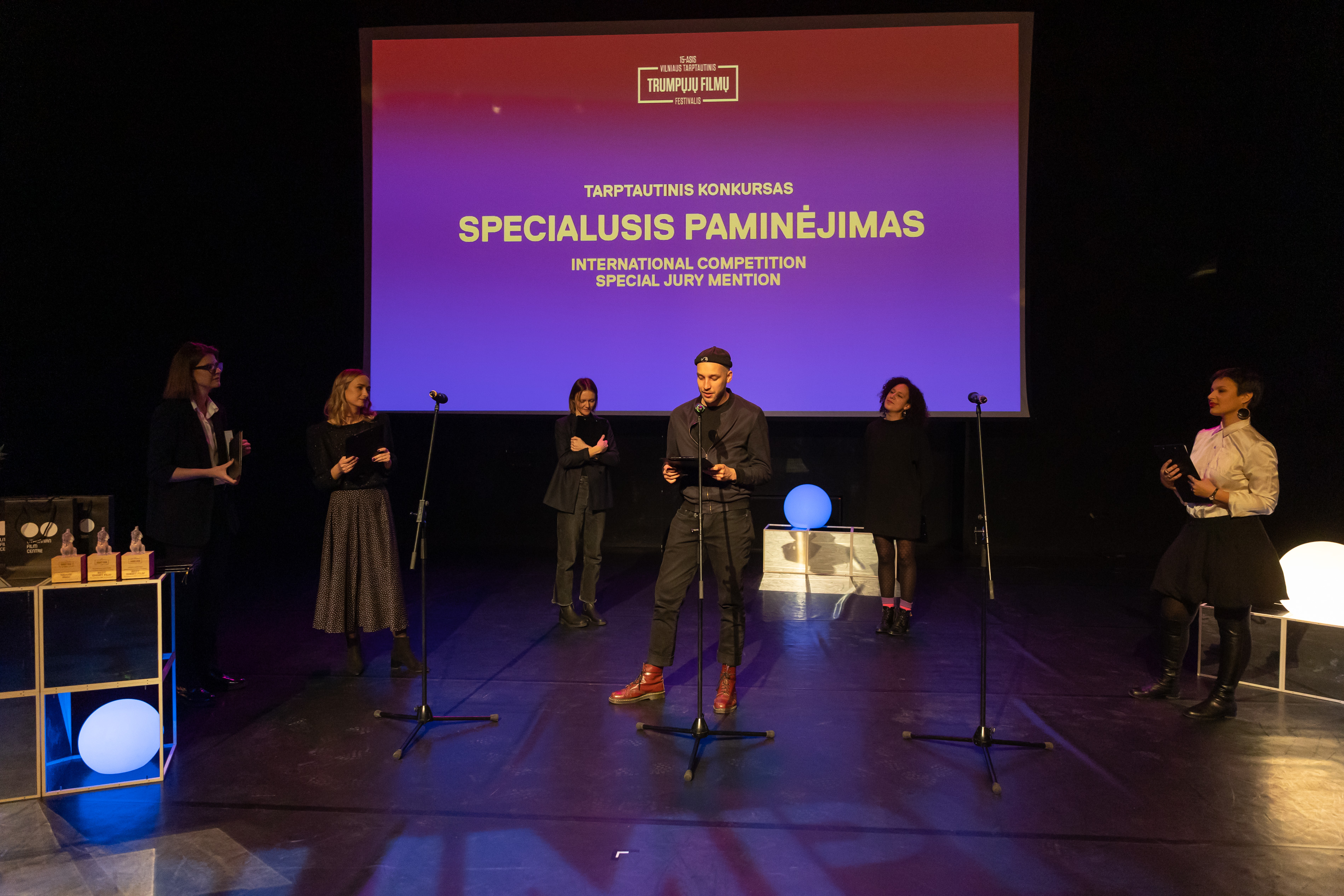 The VISFF’22 competitions were watched and judged by Lucile Bourliaud (France), programmer of numerous film festivals in France, Canada, Sweden and the UK; Karol Lindholm (Poland), winner of the Best Documentary at the 2020 festival, director and cinematographer; and film curator Mantė Valiūnaitė (Lithuania).

VISFF’22 films are still available until January 18, in Vilnius and Klaipėda cinemas as well as on ŽMONĖS Cinema, GO3, Cgates, Skalvija VOD platforms. More info on the films and screening venues at www.filmshorts.lt.

Vilnius International Short Film Festival is one of the biggest short film festivals in the Baltic States. Established in 2006, the festival has become one of the few film events in Lithuania to offer such wide scope of latest short films from all around the world. Every year the festival presents over a dozen programmes featuring the best films made in recent years. It is organised by Lithuanian Shorts, a Lithuanian short film agency.