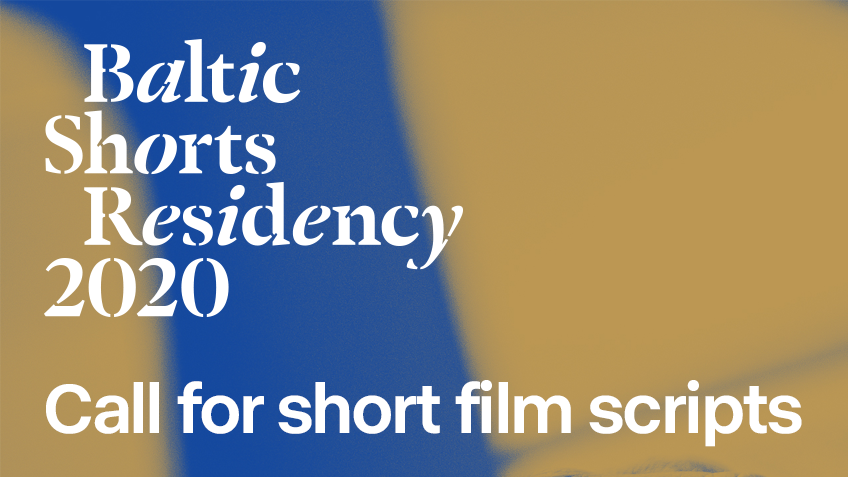 Filmmakers and scriptwriters from Estonia, Latvia and Lithuania asked to apply for new edition of intensive script workshop.

While the world is currently in lockdown, this call for the Baltic Shorts Residency goes out with the anticipation that the situation will be under control by the time of the residency in June. We are constantly monitoring the situation and will update applicants with new information should it arise and would, in the meantime, encourage all interested parties to apply.

The BALTIC SHORTS RESIDENCY is calling for participants from Estonia, Latvia and Lithuania to take part in its second edition which will take place in Lithuania from 1-19 June 2020 (dates may change due to the COVID-19 restrictions).

The BALTIC SHORTS RESIDENCY is a short film script development program dedicated to filmmakers from the Baltic countries who want to undertake an intense writing process whilst receiving professional consultation with a view to producing a fully finished script of the short film.

The residency will take place over a three week period in the Klaipeda region of Lithuania in the  Kintai Arts artspace during which three selected participants (one from each Baltic country) will have script consultations with creative advisor and script consultant Wim Vanacker. This will consist of a three day intensive script workshop at the residency location and 2-3 online sessions.

After the programme each participant will be committed to apply with their project to the Baltic Pitching Forum held in Vilnius in October.

Kintai Arts artspace is an artistic initiative in a rural location which provides a forum for all artistic branches and interdisciplinary work, encouraging encounters with contemporary art forms outside of urban cultural centers. It is situated in a rural environment on the coast of the Curonian Lagoon near the peninsula of Curonian Spit and Vente Cape.

The 2020 edition marks the second edition of the Baltic Shorts Residency after last year’s pilot edition. The 2019 BSR saw the Estonian filmmaker and scriptwriter Madli Lääne take part. Her project, Jungle Law, was later showcased at both the 2019 Baltic Pitching Forum and at MIDPOINT Shorts.

Rimantė Daugėlaitė, from Lithuanian Shorts, the organisers of the Baltic Shorts Residency said:

“After last year’s event was so successful, we decided to open it up to a filmmaker or scriptwriter from each of the Baltic countries to give more people an opportunity to take part in this unique experience. With the expert advice of Wim Vanacker and the inspiring surroundings provided by the Kintai Arts artspace, the Baltic Shorts Residency should hopefully let the shoots of some wonderful creative projects blossom.”

Eligible applicants must be film directors and scriptwriters from Estonia, Latvia and Lithuania who have finished at least one short film project and are developing a new project which is fiction, animation or a hybrid of the two. The project must be in early script development stage, up to 30 minutes long and aimed at an international audience.