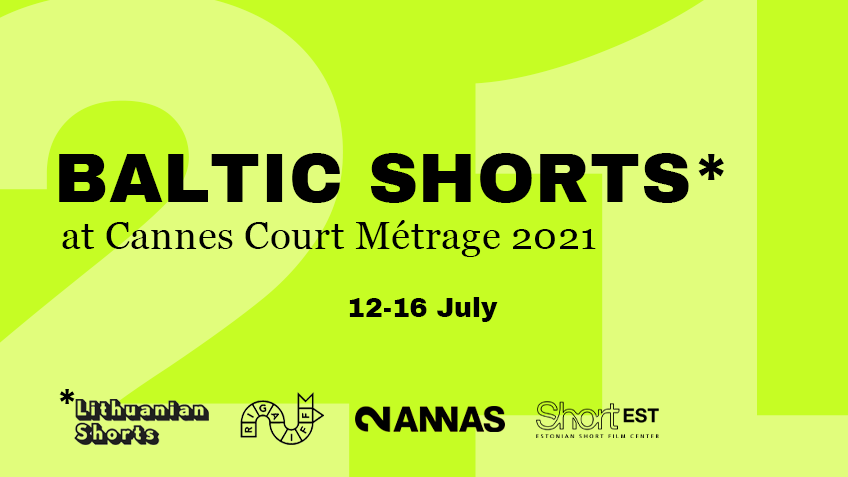 With Short Film Corner, the section of Cannes dedicated to short films, kicking off, a united group of Baltic short film organizations will be on hand at the largest film festival in the world to present some highlights and new talents from the region.

Professionals attending Short Film Corner will be given the opportunity to view a collection called “Baltic Shorts” containing the freshest short films from Estonia, Latvia and Lithuania. These 10 animation, documentary and fiction shorts – recently finished and looking for the distribution, sales opportunities or festival premieres – represent some of the most exciting filmmakers currently working in the region and display the creativity and unique sensibility of films from the Baltic region.

On Thursday 15 July international industry representatives will attend  the keynote speech “Small Countries. Big Impacts: The Short Film Production Ecosystem of the Baltics”. This talk will give an overview of the Baltic short film industry, exploring the individuality of each country while also examining their strength when working together.

The presentation will also provide details on significant facts and figures, some of the new and exciting talents to be on the lookout for from the Baltic regions and introduce (co)-production possibilities from the Baltic countries. The keynote will be accessible with the Cannes Court Métrage 2021 accreditation only.

“This year promises to be a great one for Baltic Shorts and we’re really happy not only to showcase a selection of truly great shorts but also to be able to talk and explore more about what makes our countries so special. It’ll be a great opportunity to connect with professionals from across the world at the biggest film festival on the planet and let them discover more about the wonderful talents we have working in our respective countries.”

This talk will give an overview of the Baltic short film industry, exploring the individuality of each country while also examining their strength when working together. The presentation will also provide details on significant facts and figures, some of the new and exciting talents to be on the look out for from the Baltic regions and introduce (co)-production possibilities from the Baltic countries.

Short films in the programme:

Aldona is the single mother of a daughter, Migle, who is soon to become a mother herself. When Migle comes to visit for the weekend, Aldona tries to show how much she cares, but instead starts to control her daughter.

The keys of a shattered piano help a child navigate an eerie emotional world.

When their father suddenly dies on holiday, his three adult children who haven’t spoken in years must work together to bring his body home.

One day, a father recalls the passion of his childhood, which he had to leave. Nostalgia gives him the idea of a Christmas present for his son. And the game comes back.

A natural disaster interferes with the honour guard ritual. Only one of the guards, seemingly pointlessly, chooses to remain in his post.

At times soaring above the clouds, at times reaching the lowest of lows, I fight to survive and to find a place for myself.

Two young men come to visit their friend in a remote country house, without even realizing that this is the last time the three of them will spend a day together.

Jaanus spends the last day with his wife Karin at home. In the midst of common eiders, seagulls, fishing nets and summer breeze, they send Karin’s soul to the eternity. An everyday life full of bitter sweet love falls with the setting sun into the depths of the sea.

An experimental shale-oil essay starring people, industry, and nature. The sounds of music consist of industrial noise, with the image of the language they are transformed into a single entity.