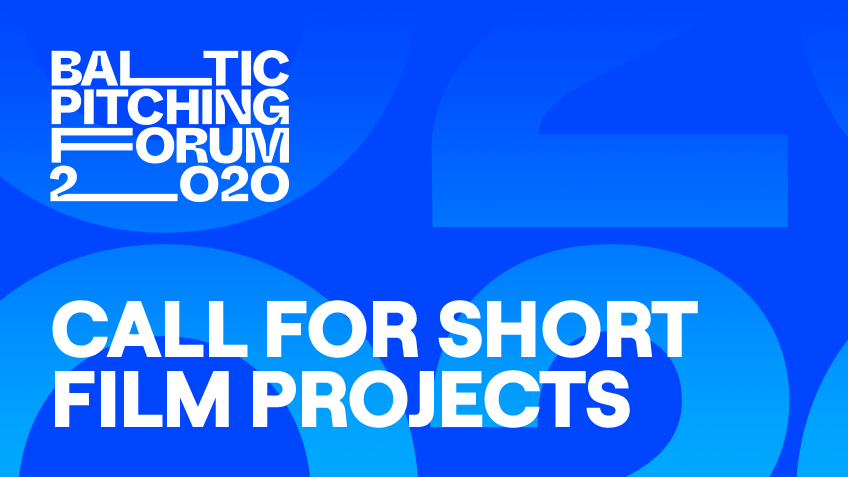 Baltic Short Film Project Pitching Event „Baltic Pitching Forum” announces its new call for short film projects. This year a Guest Country of the Forum will be Poland. The event will invite twelve short film projects – three from each Baltic country of Estonia, Latvia, Lithuania, and three from Poland — to come and pitch in front of a panel of invited experts. The eighth edition of the Baltic Pitching Forum will take place in Vilnius, Lithuania on 8th-10th October 2020. Application deadline – 2nd of August.

Eligible applicants for the Baltic Pitching Forum – Lithuanian, Latvian, Estonian and Polish film directors and/or producers who have finished at least one short film project and are developing a new project which meets these criteria: fiction, animation or hybrid genre, is in the development stage, up to 30 minutes and aimed at an international audience.

The Baltic Pitching Forum helps filmmakers to gain international recognition in the European marketplace and it aims to set up a place for short filmmakers situated in the Baltic sea region to present their new projects whilst sharing common issues and knowledge, exchanging experiences and good practices, developing artistic ideas and increasing contacts. The event will also encourage them to attract active European producers, TV commissioners, film fund representatives, VoD and festival programmers and distributors.

The Forum consists of an online script consultation and a three-day training and pitching event which will take place on October 8th-10th in Vilnius. All participants will have online consultations with the scriptwriting expert Wim Vanacker (France) at the beginning of September. And during the event in Vilnius the filmmakers will gather to discuss, get feedback and learn how to present and promote their newest short film projects. Participants will be tutored by pitching trainer and artistic adviser Gabriele Brunnenmeyer (Germany). Also, with numerous influential film industry professionals taking part, the event will not only help the participants gain greater knowledge and visibility, but at the same time potentially will lead to the successful development of coproduction.

Traditionally two projects will end up with the opportunity of visiting Euro Connection, the international co-production forum connected to the Clermont-Ferrand International Short Film Festival, and the European Short Pitch, scriptwriting workshop in residency and a coproduction forum,  and one will receive the newly launched prize – Baltic Producers MEDIA Award – initiated by the Creative Europe MEDIA Offices in Lithuania, Latvia and Estonia.