Vytas is a resident of a blocked houses quarter and he is just as dull as his neighborhood. Though the young guy is over his twenties, he still lives with his parents – spending their days watching TV. Vytas’ girlfriend Ona is a bit different – she is independent, knows her likes and dislikes, has some friends – one of which she starts seeing more and more often. This leaves no sunshine in Vytas life at all and makes him wander for the truth in the maze of the blocked houses quarter. 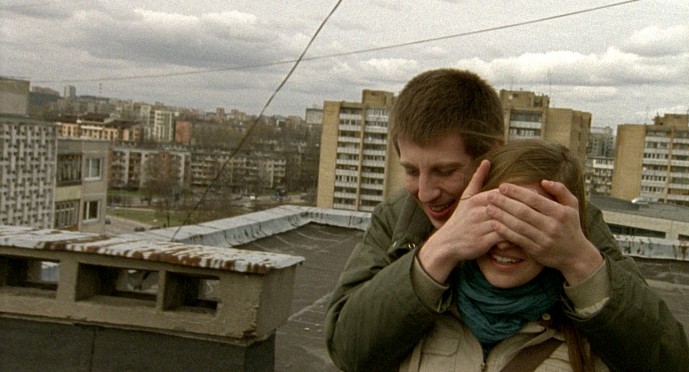 Andrius Blaževičius was born on June 26th, 1985 in Vilnius. After finishing St. Christophe’s high school, he started culture and anthropology studies at Vilnius University. After a year he entered Lithuanian Music and Theater Academy for film directing studies. During his studies Blaževičius directed six short films, one of them is documentary. In 2011 he graduated from Lithuanian Music and Theater Academy with a master’s degree in TV and film directing. At the moment Blaževičius works as a freelance director. Since 2010 he has been a program director for Vilnius International Short Film Festival.