Eimantas and Miglė is a young couple, who finally decides to move in together. One day, while Eimantas is taking a shower, he notices a snake in the toilet. While this confrontation ends without any casualties, the atmosphere between the couple changes when the fear of a reptile at their house slowly turns into the real paranoia. The quest of finding the snake turns out to be a real test to their relationship. 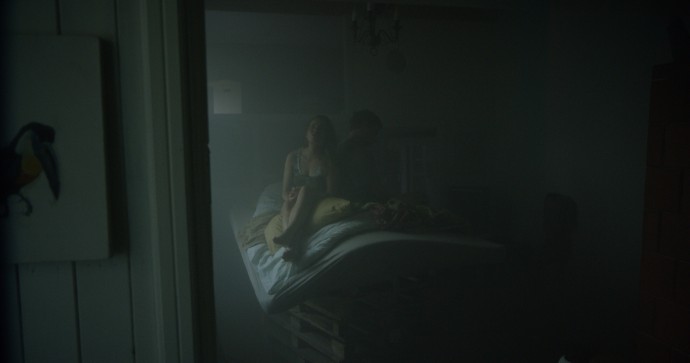 Titas Laucius (b. 1993) received his BA in Screenwriting at the Lithuanian Academy of Music and Theatre. In 2018, he graduated from the academy with a MA in Film Directing. His debut short film “Roommates” was selected to the “FEST – New Directors, New Films” competition program in 2017. His second short film “Snake” won the CinEurope Audience Award for best short film at “FEST – New Directors, New Films” in 2018. While participating at the Vilnius International Film Festival “Kino Pavasaris” with his film “Snake”, Titas was named the most promising director in the students’ competition program.