At first it seems that Liza and her children do their daily routine in their ordinary poorly set flat. The boys-Tomas and Edgaras – are watching TV, the teenager daughter Kristina is cooking, the mother is writting a letter. The family is waiting for the father to come back. Soon he comes and brings food and leaves shortly after, since this is not an ordinary flat. It is a basement, from which Liza and her children will never be able to escape. 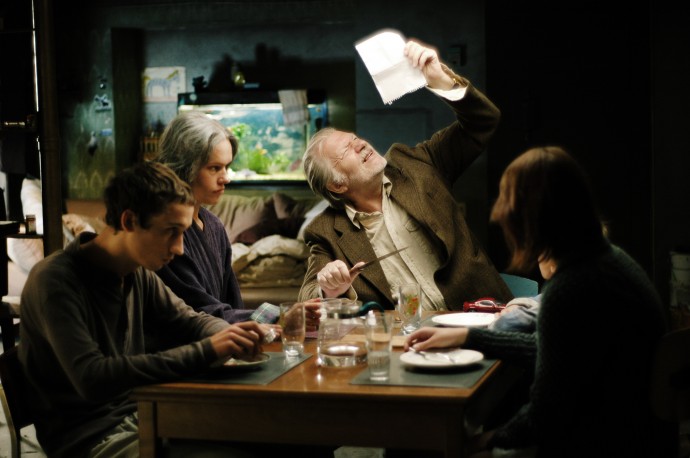 Marius Ivaskevicius (b. 1973 in Moletai) is a prose writer and dramturge. He graduated from Vilnius University with a degree in Lithuanian philology.

He published his first book, a selection of novellas called Children for Sale (Kam vaiku), in 1996. He later wrote two novels, several essays, and other prose works. He made his debut as dramaturge in 1998. The play The Neighbour (Kaimynas) won the National Drama Contest and was performed at the Vilnius Youth Theatre in 2000. He was awarded the prize for best Lithuanian dramaturgical performance in Lithuanian theatres by the Ministry of Culture in 2002 for his play Malysh, which he himself directed at the Oskaras Korsunovas Theatre. His play Madagascar (Madagaskaras), published in 2004, received the prize for most artistic book in Lithuania for 2004. He also directs films and writes screenplays.