Suburbs of Vilnius. While parents are working, disabled grandpa takes care of children at home. Kids are addicted to video games. They are spending days in front of TV. One day father brings small white kitten. Is a pet just another new toy? 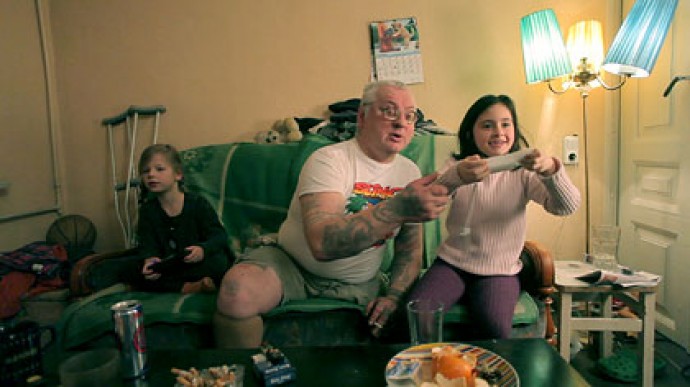 In 2000 Ričardas Marcinkus (b. 1979) graduated as a photographer. Since 2009 R. Marcinkus studied TV and Film directing in the Lithuanian Academy of Music and Theater. Since 2005 he is working as a director and a cameraman in video production company. R. Marcinkus has made several short and feature fiction films, recognized music videos and documentaries.