A group of teenagers rent the house with a sauna for a party. Everybody is having a good time: dancing, singing, drinking, talking until the party ends and everybody leaves. Later in the morning, the house keepers come to clean the place but they find Indre who is searching for a button of her ripped up trousers. 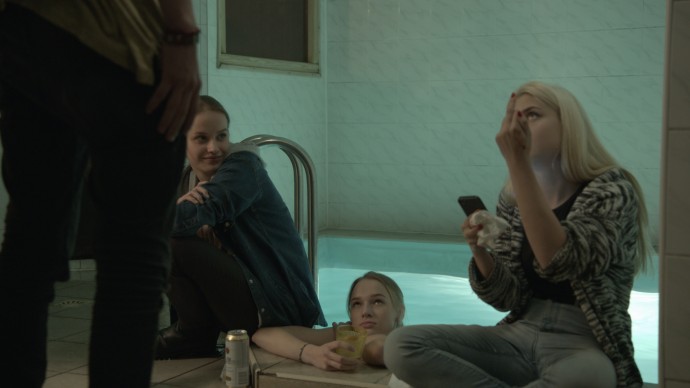 Laurynas Bareisa (b. 1988, Lithuania) graduated in Applied Mathematics and Cinematography, and earned a MA in Film Directing (2016). He recently worked as cinematographer on the feature film Summer Survivors by Marija Kavtaradze (Toronto IFF, Discovery 2018). He directed the short films ‘By the Pool’ (Venice IFF, Orizzonti 2017) and ‘Caucasus’ (Locarno FF, Leopards of Tomorrow 2018). His newest short film ‘Dummy” premiered at Berlinale Shorts 2020. At the moment he is developing his first feature film ‘Pilgrims’ (TorinoFeatureLab 2019).