A middle-aged man Dima desperately tries to escape from unidentified pursuers. In order to escape, he is ready to do everything. Dima steals an old van, and doesn’t notice a young prostitute Nastia, who’s drugged out and sleeping in the back. When they see each other for the first time, Nastia tries to run away from Dima, but he forces her to go with him on this obscure trip. Nastia eventually sees that Dima is not the man who she thought he is, meanwhile Dima’s true intentions become clearer. 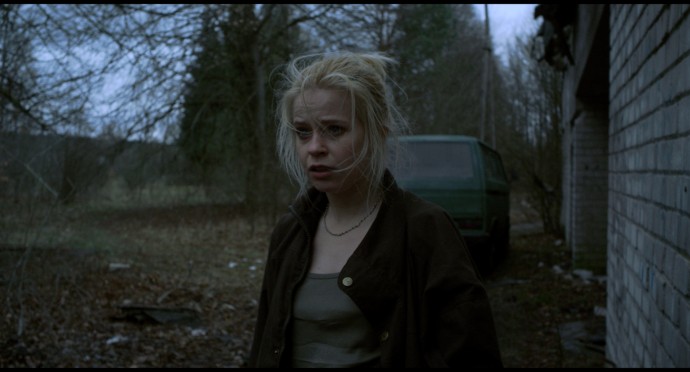 Silvestras Polinauskas (b. 1990) studied philosophy for two years at Vilnius University. After leaving the studies, he went to Manchester to work and two years later, Silvestras came back to Vilnius to study Film Directing at the Lithuanian Academy of Music and Theatre. In 2018, he graduated with a BA. Now, he works in the film industry and is writing the script of his debut feature film.