“You need to work every day, every day, every day,” – Egle hears an ant shouting from a speaker-box. Egle is a sound design student and she is recording sounds for the radio adaptation of a Sergey Kozlov tale. Egle wants to become an expert. And she definitely will. Film is a part of documentary project „15 Young by Young“. 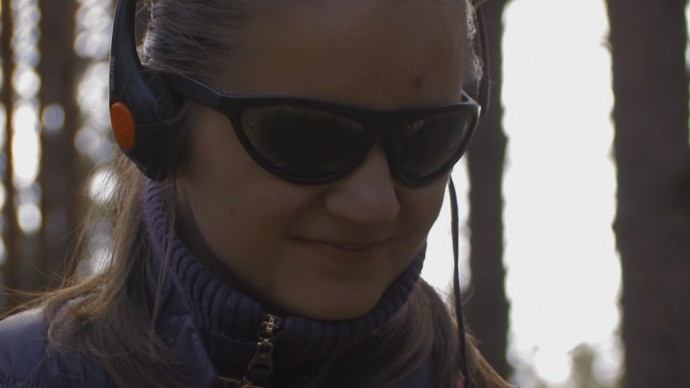 Giedrė Beinoriūtė was born on August 23, 1976. Graduated from The Lithuanian Academy of Music and Theater, Film and TV department with MA in audiovisual arts in 2001. Since 1999 directed and wrote seven fiction and documentary short films and worked as an assistant director with the established Lithuanian filmmakers Šarūnas Bartas ir Arūnas Matelis.

Since 2004, member of Lithuanian Filmmakers Union. Since 2007, teaching script writing and TV directing at the Lithuanian Academy of Music and Theater. In 2002 Giedrė Beinoriūtė was awarded with a prize from Lithuanian Ministry of Culture for the best professional debut in the arts. In 2005 she was awarded by the proze of Lithuanian Filmmakers Union for the documentary film “Vulkanovka”. Since 2007 she also teches in Skalvija Film Academy, works as a tutor in cinema workshops.