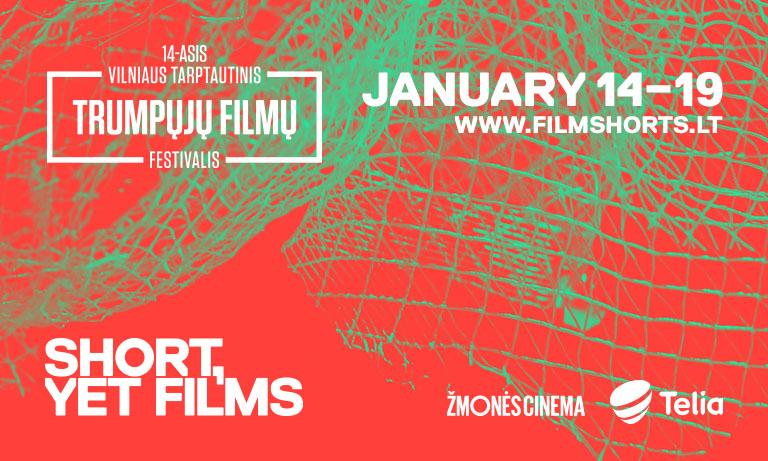 The 14th Vilnius International Short Film Festival, one of the first film festivals of 2021 which runs between January 14th and 19th, has announced the official selection of films that will be screening in its National and International competition programmes. With 33 films from across the globe and 11 films from Lithuania, the competition is a diverse and far-reaching selection of some of the very fiction, documentary and animation made over the past year.

With the health of its participants at the forefront of its mind, the 2021 edition of the Vilnius International Short Film Festival will bypass cinemas and give audiences from across Lithuania the chance to watch programmes in the comfort of their own homes via VOD platforms.

“With culture not quite ready to leave the realm of the virtual world, we’re delighted that we’re able to bring audiences the opportunity to see short films in their own homes. Not only does this help to secure the health and safety of our audiences, but gives them an even greater opportunity to watch the amazing films we have on offer. January is the quietest month of the year, and we will gladly provide Lithuanians with lots of quality content to brighten up the long nights and cold days.  Across eight national and international competition programs, and more than 40 shorts, we’ll give our audience the chance to discover some of the best shorts of the past year. And there will be even more surprises with intriguing additional special programs – that will cater to all tastes – to be announced as the festival approaches.”

In the festival’s National Competition 11 homegrown films will compete for the title of Best Lithuanian Short.

“Every year we have the pleasant challenge of selecting Lithuanian films – the number and quality is growing annually. Lithuanian stories are typified by being sensitive, original, cheerful and radical, and the range of topics is very diverse and timely as they deal with – amongst other things – mental illness, family relations, loneliness, modern technology and the role of women in our society. All the films are defined by characters who are searching for something – though they might not find what they are expecting. The joy of discovery will also be there for audiences as they uncover these great shorts.”

With more than 1500 entries received for consideration for the International Competition, the final 33 films that were selected represent a wide geographical spread with films from the likes of Chile and The Philippines. The 2021 programmes – grouped thematically – include ‘Fast Heartbeat’, a selection of films guaranteed to keep audiences on the edge of their seat. This will give audiences the chance to watch a documentary about a football referee Das Spiel by Swiss director Roman Hodel. ‘In Search of Closeness’ sees films that explore the search for a close relationship in the world of individualists, and includes French short animation Mémorable by Bruno Collet. ‘Me and Myself’ will ask the question “Who Am I?” amongst such films as Palme d’Or 2020 winner I am Afraid to Forget Your Face (dir. Sameh Alaa), while ‘My Fair Existence’ will see characters looking for the meaning of life in such films as documentary Deep Waters by Xacio Baño (Spain). ‘Head On’ will reflect the efforts to maintain one’s identity, in such films as Comubian/US drama Between You and Milagros (dir. Mariana Saffon), will the issues of the modern day are confronted in ‘Not Fake News’ including Russian documentary The Golden Buttons by Alex Evstigneev.

The films for the International Competition were selected by Andrius Blaževičius, director and screenwriter, Monika Gimbutaitė, film critic and journalist, and Klementina Remeikaitė, film producer